The Caribbean Amateur Junior Golf Championships (CAJGC) is the premier golfing event for junior golfers in the Caribbean.

In 2018, the 31st staging of the event will be hosted by the Jamaica Golf Association at the Caymanas Golf and Country Club and the Jamaica Pegasus Hotel from July 2 – 7, 2018. This event will showcase the best junior golfers competing for the Hank James Team Trophy along with other individual prizes.

Jamaica hosted the CAJGC in 2009, and it was regarded as one of the best events for this tournament by participants.

The four day event caters to juniors from 8 Caribbean Countries (Dominican Republic, Puerto Rico, Trinidad, Bahamas, Cayman, USVI, Barbados, and Jamaica). The age range for participation is from ages 11 – 18 and 75-100 players are expected to participate. We also estimate that approximately 150 accompanying persons – delegates, coaches and parents, are expected to travel with the juniors to the event.

The 50th staging of the Jamaica Open was held at Half Moon Golf Course in Montego Bay, designed by Robert Trent Jones Sr. and renovated by Roger Rulewich. Competitors came from Latin, North and South America, Australia, the Caribbean and Europe.

The Jamaica Golf Association is pleased to announce the appointment of the following persons to the National Team to the Caribbean Classic Championships in Montego Bay, Jamaica from April 20-24, 2016.

We would like to take this opportunity to congratulate the members of the team and wish them every success in the Championships.

Once again, Ian Facey and Johnny Newnham represented Jamaica at the Latin America Amateur Golf Championships, held January 14-17, 2016 at Casa de Campo in the Dominican Republic. Both players qualified to represent Jamaica based on their World Amateur Golf Ranking.

Johnny Newnham finished in 36th position with four other competitors, while Ian Facey did not make the cut. Over 100 golfers participated in the event. Only the top 50 made the cut.

Notice is hereby given of the Annual General Meeting of the Jamaica Golf Association to be held at the Constant Spring Golf Club on Thursday, April 11, 2013 at 5:30 p.m.

Please see links below for details.

If you still haven’t signed up, you can do so at this link to ensure that you receive next month’s newsletter.  http://eepurl.com/10I0P 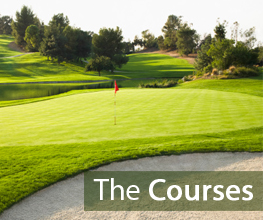